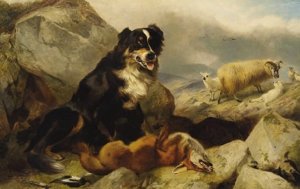 What will you do when an active shooter arrives in your environment?

I am of the opinion that the American public are very much sleeping sheep.  While there are some sheepdogs around, it’s not a wise strategy to simply expect others to be one’s sheepdog.

Expecting others to be one’s protector is indeed a major characteristic of the American public.  And it’s one of which human predators will take full advantage.

Human predators, one variety being so-called terrorists, are cruel.  They are not, however, stupid.  They see vulnerability for what it is, and the American public is vulnerable.

Yes, I know; we make a huge deal of being self-determined Americans.  Pay attention, though, to one’s neighbors and co-workers.  Listen to them.  Are they prepared?  Most aren’t.

I suspect that, when (not if) terrorists, such as the ones who attacked in Paris, get more active on American soil, it’s going to compel a rapid evolution of the collective consciousness of Americans. We will, collectively, have to rapidly re-adjust our thinking.  Even more importantly, we will then have to take action on our new thinking.  We cannot survive (and better yet, thrive) by continuing to hold a hope-that-I’m-never-attacked mindset.  That mindset reflects a denial of violence which carries an associated side-effect of letting “the professionals” deal with it.

For those of you involved in self-protective disciplines and combatives, you know full well that, in order to stop a determined attacker, one must attack the attacker.  This is a mindset out of which physical actions manifest.  One defends through an attacking-back methodology which is morally and legally justifiable.

We have the well known Run, Hide, Fight method of dealing with an active shooter.  We have the run and the hide down pat.  Sheep can run and hide all day long.  It’s the fight with which we must get much better.  Let’s get better now so that we can increase our survivability and the overall quality of life for all people.